Those of us who know Father Stefan know to expect the unexpected from him. Like the Apostles of Old, he will see a vision or have a sudden inspiration of the Holy Spirit, and Father Stefan will just get up and go wherever he is led to go by the Spirit. This has led to many miraculous encounters and supernatural occurrences. The most dramatic of these was the Father Baker Story:

A Ghost in my Room

One night, I was laying in my bed in my room at Saint Mary’s in Fredericksburg.  I was not completely asleep nor fully awake. I was in that twilight stage of sleep.  I looked towards my right, and I saw a man who had no flesh or blood.  He was a man though, with a bald head and a very thin face.  There were buttons going down the front of his cassock.  He looked like a priest from one hundred years ago.  I was not afraid when I saw him.  In fact, I just went to sleep.

The next morning, I told my mom I had seen a ghost in my room.  I described the vision as chalk on black paper.  Even though I only saw him for a moment, I remembered his characteristics very clearly.  I just didn’t know who the man was.

Two years later, someone I know went to the church of Our Lady of Victory in Lackawanna, New York.  When she came back, she showed me a picture of Father Nelson Baker.  When I saw his picture, I knew he was the ghost who had appeared in my bedroom.  Until then, I hadn’t known who it was who had appeared in my room.

I then remembered that as a young child, I had heard my aunt, a nun in Buffalo, speak of Father Baker.  She had once pointed out that the house at the end of the driveway was a “Father Baker House.”  This was the only knowledge I had of him.

Father Baker’s calling was helping abandoned boys and unwed mothers.  (When he had appeared in my room, it was still a few years before my initial thoughts of creating the Paul Stefan Home.)   According to an article in the Buffalo Times, during his ministry Father Baker fed fifty million meals to the hungry.  During the Great Depression, he served more than one million meals per year.  He gave away millions of loaves of bread, and clothed half a million people.  He gave medical care to 250,000 and supplied medicine to 200,000 more.  Over 300,000 men, women, and children received some sort of training at his hands.  A hundred thousand boys were trained for trades.  Six hundred unmarried mothers in their distress knocked at his door and did not knock in vain.  Because of Father Baker, more than 6,000 destitute and abandoned babies were placed in foster homes.  At Father Baker’s funeral in 1936, Lackawanna’s streets were flooded with almost half a million people he had saved, physically and spiritually, or whose parents or grandparents he had saved.

After Father Baker’s apparition and after learning who he was, I felt called to go on a retreat at the church he created in honor of Our Lady of Victory. This is also where his body is now located.  Father Baker was calling me to visit to his church.  It was as if he had chosen me to continue his work.  Since I have come to know Father Baker, I have fallen in love with him.  Here was a man who was willing to do the ridiculous so that God could do the miraculous.  He saw many needs, such as the need for a place for abandoned boys and unwed mothers and their babies.  He trusted that God would help him to help people in need.  When you look at the millions of people he helped, it shows how God can use one person to affect the lives of so many.

Father Baker knew that God would lead me to open a home for unwed mothers.  That is the reason why he appeared to me.  I want to continue his work under the guidance of his prayers for me.

Before I left to visit the Shrine of Our Lady of Victory in early June 2008, I asked my congregation at Saint Mary of Sorrows in Fairfax to give me their petitions so I could pray for their intentions at the tomb of Father Baker.  I asked them how many of them believed that one of their petitions could be the miracle that is needed to make Father Baker a Blessed in the Catholic Church.  A few people in the church raised their hands.

For those who might be unfamiliar with the terms, “Blessed” and Saint, I will offer a short explanation.  When the Vatican believes that a deceased person showed signs of holiness during their lifetime, a case may be opened and the person declared a Servant of God.  Right now, Father Baker is a Servant of God.  In order to become a Blessed, the Church needs a miracle attributed to the intercession of that person.  In order to become a Saint, a second miracle is needed.  When one becomes a Blessed or a Saint, the Church allows the veneration of the person to be more extensive.  The Church holds the person up as a model of holiness and encourages the faithful to learn about them and seek their intercession.

While I was visiting Our Lady of Victory, I told Father Paul Burkard, the pastor, how Father Baker had appeared to me.  He stated that Father Baker was certainly getting around since Father Burkard had received similar reports of Father Baker’s appearances from all over the world.  I asked Father Burkard if I could have a relic of Father Baker.  His response was that the Vatican didn’t want any relics to be given out until Father Barker was beatified.

I spent eight hours praying before Father Baker’s tomb that day.  During that time, I witnessed the beautiful faith of the people who came to pray at the tomb of Father Baker.  While I was praying, I asked Father Baker to please give me a relic as a sign that I was supposed to be there.  He did; I met a woman who had been a seamstress to Father Baker.  She still had a large piece of his vestments, so she placed seven pieces of his vestments in seven holy cards and laminated them for me.  Also before I left, Father Burkart took two relics from the rectory which had been used to bless people and gave them to me.

When I told my mom that I was going to Our Lady of Victory Church to visit the tomb of Father Baker, she told me that she used to take me there when I was a young boy.  My mom is from Buffalo.  I believe that Father Baker looked down on me from Heaven when I was little and said, “I want this boy to continue my work.”

I left Our Lady of Victory Church on June 6, 2008.  While sitting in the Buffalo airport, I started talking to a woman.  She told me her name was Debbie, and that she was a professional singer who had just finished a show in Toronto, Canada.  Debbie also related that she had a critical form of cancer and only had a few months to live.  She added that her husband was encouraging her to do all the things she wanted to do before she died.

I told her about Father Baker and my visit to Our Lady of Victory Church and I gave her a picture of him along with a relic of his vestment.  Then I prayed over her through Father Baker’s intercession.

Afterwards, I hadn’t thought much about my meeting with Debbie, but on Friday, September 18, 2008, a Saint Mary of Sorrows parishioner told me that the woman I prayed for in Buffalo was healed.  It seemed that this parishioner had a friend who was also a professional singer.  This singer knew Debbie, the same Debbie for whom I had prayed in the Buffalo airport.  Debbie and I had not exchanged any contact information when we met at the airport so God used His servants as contacts to relay the information to me and to her.

Over the phone, she told me the course of events.  I had met her on June 6th at the airport.  That is when I said to her, “Let us trust that Father Baker will intercede for you and this will be the miracle he needs in order to be beatified.”  I gave her the picture and a piece of his vestment.  She told me that one week later, June 13th, 2008, she was at Radford when two women came up to her and started talking about healing.  One of the women said, “You ought to go to Father Stefan’s Healing Mass.”

Debbie said, “Father Stefan?  That is the priest who prayed over me in the Buffalo airport.”

The two ladies said, “Do you believe that when he prayed for you, you were healed?”

She said, “Yes, I do believe that I was healed.”  Later, she learned that she was indeed healed.  (Click here to read Deborah’s story.)

In talking to her I asked, “Would you help me gather the medical evidence for your healing?  I think this is the miracle that Father Baker needs to make him Blessed.”  She said that she would be honored to do whatever was necessary.  When I spoke with her a week or so later, she confirmed that she was gathering the medical evidence we needed for the miracle to be attributed to the intercession of Father Baker.

The next day in my excitement, I went to the Arlington Diocese’s office of Bishop Paul S. Loverde unannounced.  The bishop attentively listened to my story with great faith and love.  I had not known this but Bishop Loverde was familiar with the legacy of Father Baker, and he personally knows Father Burkard who is the rector at the Father Baker Shrine.  Bishop Loverde told me that when he was the Bishop of Ogdensburg, in northern New York State, he was on the board of Christ the King Seminary.  This is the seminary for the Diocese of Buffalo and it is only a few miles from Our Lady of Victory Church where Father Baker is buried.  Bishop Loverde got to know Father Burkard when they were both on the board of the Seminary.

The first thing he said to me was that he thought Father Baker should have been canonized a long time ago.  He said it had been his prayer for many years that Father Baker would become a saint.

Bishop Loverde told me he would talk to Father Burkard the following week while he was in Buffalo for a retreat.  Bishop Loverde asked me for a framed picture of Father Baker.  Then he gave me a big hug and said to me these encouraging words, “Father Stefan, you are a good and faithful priest.”

As of this writing, we are pursuing Father Baker’s cause for Sainthood.  The Lord has His ways and it seems that this miracle could be the one that Father Baker needs to be Blessed.

Excerpted from “Miracles: Healing for a Broken World” by Father Stefan Starzynski

Visit the Our lady of Victory website to learn more about Father Baker. 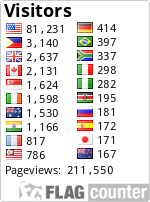